"It's only with a creative mind that you can find opportunity, in fact the reality is, opportunity is not found but created." - Jason Di Iulio 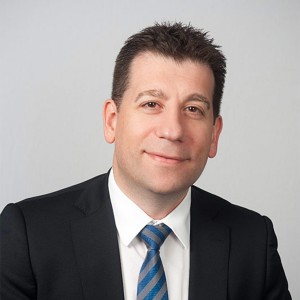 Jason Di Iulio is dedicated to the delivery of innovative financial outcomes, specialising in finance services, and investment reviews. Through his businesses, Jason Di Iulio has managed in excess of $300 million of investments.

Jason is a Senior Member of the Australian Institute of Bankers and Finance, the Financial Services Institute of Australia (FINSIA), the Mortgage and Finance Association of Australia, and is a Justice of the Peace in South Australia. He also holds a Bachelor of Commerce Degree from the University of Adelaide and is a member of YPO.

In 1999, Jason established Finance Mutual Australia, a broad finance group which has become one of the largest and most respected mortgage and finance businesses in South Australia.

Jason, is passionate about the development of an ethical and regulated financial services landscape and is frequently requested to advise and comment on developments in the industry by the media, industry peers and government bodies. On a number of occasions Jason been requested to formally present his views to South Australian Parliament’s Economic and Finance Committee.

In 2006, Finance Mutual Australia entered into an agreement with IAG Limited the owners of SGIC to operate its retail branch operations in Adelaide. This partnership continues to this day.

Jason has also been active in property circles, since 2000, personally developing and advising on some of the state’s largest real estate transactions and is dedicated to the creation, delivery and management of innovative financial outcomes. Jason also specialises in finance and investment reviews, management consulting and investments. Ultimately his drive led to the establishment of 1835 Capital in 2015, to administer these operations on behalf of the group and its clients.

Through his various businesses and investment portfolios, Jason has successfully managed in excess of $300 million of investments.Jason and his businesses have been nominated for numerous awards, earning Jason a finalist position in Ernst & Young’s, Young Entrepreneur of the Year Awards.